Is texting here to stay? That is a difficult question to answer. At one time or another, people could never envision being able to talk to one another in a conversation unless they were in the same room. Now, we have email, the telephone, and text messaging that allow for that very conversation, regardless of how far away someone is. 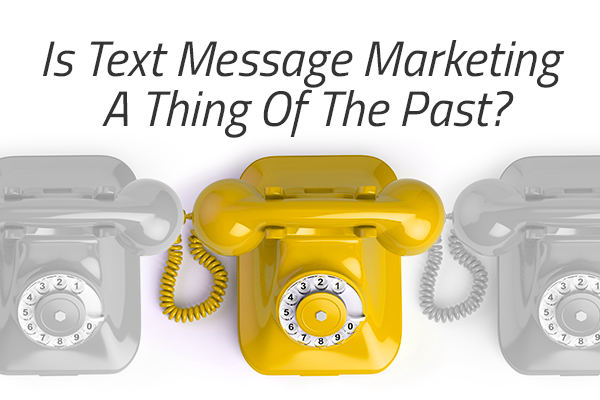 Eight years ago, a published report opined on “why text messaging is here to stay.” In that article, an executive from Experian Marketing Services was quoted about why text messaging was not going anywhere. “Users will always gravitate to a richer experience,” said Bill Tancer of Experian Marketing Services, but “SMS is the backbone” of our mobile experience, and it won’t be going away until other services become much more relevant to the majority of mobile users.

That dynamic has not changed in the eight years since that article was published. In the intervening eight years, the only thing that has happened has been that we have become more dependent on text messaging over every other form of communication. And until something better comes along, that will not change.

Think of how far text messaging has come in just over 25 years. In that time, we have gone from having to use a traditional phone number keypad to type out texts (who remembers needing to hit the “7” key four times to get one “s”) that were just words only, to what you have on your smartphone today. And the technology is evolving faster than ever. Communication is becoming more dynamic and evolution usually happens fastest where the most activity is. If text messaging continues to be the communication channel of choice for businesses and consumers, then expect to see even more new features and functionality added to the platform in the months and years ahead.

RCS stands for Rich Communication Services and it is likely to be the next iteration of text messaging. More commonly known as Chat, RCS messaging is meant to make texting look and feel more like using some popular messaging platforms, like WhatsApp and Facebook Messenger.

Users of Apple Phones might think that Chat looks a lot like iMessage and there are some common characteristics to both platforms, but Chat is different. While it does not yet support end-to-end encryption like iMessage, Chat lacks encryption, much as traditional text messaging does.

RCS messaging allows user to send higher-resolution photos and you can see those bubbles to know that someone else is typing a message. It offers more opportunities for business to better interact with their customers and prospective customers than a traditional text message does. RCS allows for read receipts, for example, which can be handy when engaging in conversations with customers to know if either party has read a text message or not.

RCS messaging offers the opportunity to track more analytics, such as clicks and replies and sending better-quality videos and photos will also be a welcome update from traditional text-message quality images.

Businesses will also love the option of adding option buttons and call-to-action buttons, which are allowed when sending RCS messages. Buttons are more visually pleasing than links and offer companies a host of new opportunities to interact with consumers. RCS even allows for image carousels, similar to the slider functionality that you see on many websites today. QR codes can also be part of RCS messages, offering another new avenue for businesses to interact with their customers.

Companies sending RCS messages can be verified, providing consumers with an added layer of trust that the messages they are receiving are not scams or attempts to steal or defraud.

RCS brings branded, interactive mobile experiences right to a consumer’s native messaging app, presenting an even bigger and more appealing opportunity to businesses looking to stay in touch with their customers.

Companies will continue to innovate and think of new and exciting ways that they can interact with individuals via text message. Businesses will go wherever their customers are, and, right now, that is likely somewhere sending or receiving a text.