What is it about text messaging that consumers prefer over other forms of communication? Sure, you can’t send an emoji while on the phone with someone, but conveying tone and context in a text message is difficult. It can be easy for people to take things the wrong way in a text message. That should be enough to make people leery of using it, right? Wrong. And in a big way. 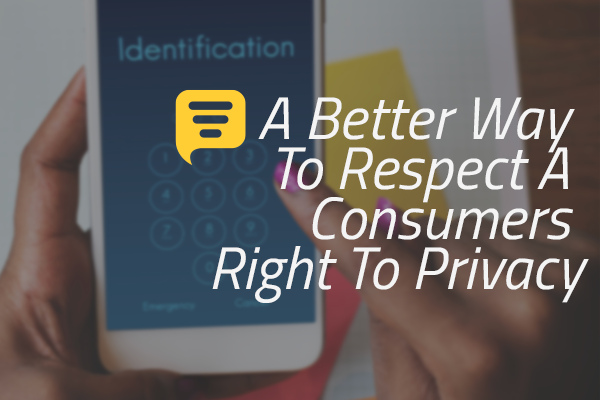 Even with the difficulties of being forced to communicate in shorthand, using visual aids, or by dictation, people still overwhelmingly prefer to communicate via text message than any other type of communication. Kids, sitting at opposite ends of the same couch, will text one another rather than talk. Why is that?

Looking back, consumers’ preference for text messaging has taken some time. CNN reported back in 2011 that one-third of Americans preferred text messaging over using the phone. That number has increased to 68% of consumers who now prefer to text instead of talking. How much further will that number increase?

There is some science that warns relying on text messaging can be used as a tool to hide from difficult or deep conversations, but, for the most part, text messaging today fosters a feeling of closeness with someone who is usually far away.

At the end of the day, text messaging is just easier than other forms of communication. It’s easier to send a text than it is to look up someone’s email address or phone number, type out a subject line or dial the phone, and then type out an email or engage in a phone conversation. Who knows how that conversation is going to go. Who knows how long it will last. With a text message, you do not have to answer it until you are ready to. And then you say exactly what you want and you are done. Text messaging is like a game of tennis where the ball can be hit back and forth across the net until one of you gets tired and stops.

Businesses have watched consumers send more and more text messages every year and are now getting in on the game. Nearly 60% of respondents to a survey said they would view a business more favorably if it deployed a text-message communication platform. And nearly half of those respondents said they the lack of a text message communication platform would cause them to view a company more negatively.

One component of text messaging that makes it appealing to companies is that consumers have to opt in to receive them. The provisions of the Telephone Consumer Protection Act require an individual provide consent in order to be contacted on his or her cellular phone. By opting in, consumers are committing to businesses that they are interested in learning more about that company. Consumers are in control of opting in and opting out of text messages.

Much as like when sending an email, text messaging gives people the opportunity to edit what they say before they say it. That is an option that is not available for phone calls. There is also a psychological reason why people get so upset at answering a robocall or a telemarketing call. It feels like such an invasion of your privacy and your personal space. The same is not true when receiving a marketing text message from a business. People do not look at the number that sent a text message and decide whether to read it or not, opposed to looking at a phone number of an incoming call and deciding whether to answer it or not. The ease with which a text message can be read makes the barrier to connection much lower than with an email or phone call and that is another reason why businesses are flocking to text messaging.

In certain industries, like the debt collection industry, for example, text messaging is a more impersonal form of communication than a phone call, and it may be easier for consumers to engage with someone via text messaging than the phone because they feel less embarrassed. Text messages can also be less adversarial than a phone call for difficult conversations, such was when dealing with irate or upset customers.

Learn more about text message opt in opt out