SMS continues to be a vital tool for businesses to reach clients and customers in 2022. One of the most powerful features of SMS is personalization. Understanding your customer’s cellphone ownership and behavior will help you customize your approach and communicate in the way they prefer. Use these statistics to plan out your 2022 SMS campaigns to determine message delivery among your customer demographics.

Nearly all Americans own a cellphone of some kind. Smartphones will continue to dominate the market in 2022, but many older demographics rely on traditional cellphones with limited internet capabilities.

The pandemic has played a significant role in user behaviors across the board regarding cellphone usage with work and school moving to the home for extended periods. Overall usage has gone up, but dependency on smartphones as the primary internet provider has decreased.

SMS has distinct advantages that email and social media will never have. One of which is the lack of clutter that plagues other channels. SMS is free from the paid advertising that has taken over email and social media platforms. This, along with the fact that texting is native to each mobile device, makes it one of the most reliable ways to reach customers. 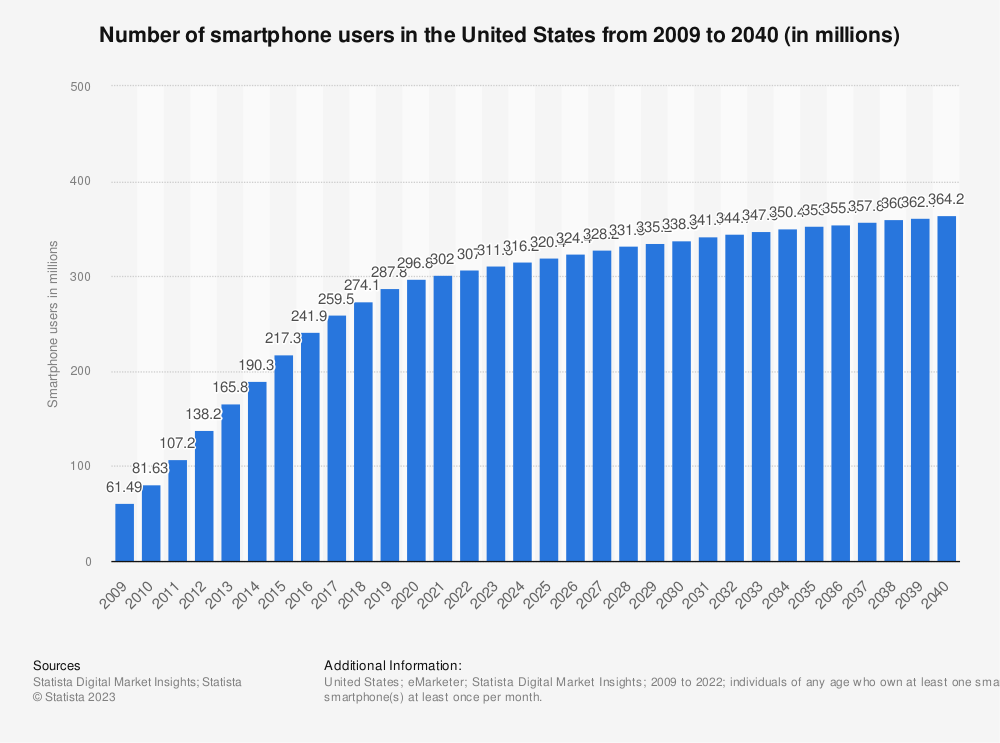 As you’ve seen in the statistics above, nearly all of the country owns a cellphone, and each demographic’s behavior can vary widely. Understanding your customer base and how they fall into these categories will help you create and deliver messages that meet your goals. The team at Solutions by Text can help you create custom SMS campaigns that correspond to your customer base’s behavior.

Talk with our Team of Experts today!